It's so easy to blame President Obama for everything bad in the world and it cannot all be laid at his feet: He was in no way to blame for the Japanese nuclear crisis, Greek financial collapse, or recent flooding in The UK...everything else however is open to debate!

The disaster of the outcome of the so called 'Arab Spring' can be laid partially, if not fully, at his feet. The indecision of the Obama administration to grasp the implications of Tahrir Square, or indeed to deal with the genocide in Syria, not to mention his ineffectiveness in dealing with the threat of Iran has damaged America's ability to prosecute its foreign policy far more than any cowboy rhetoric from GW Bush ever did.

When Tahrir Sq began the world saw the indecision of Obama: When Mubarak fell, there were 2 forces at work for the hearts of Egypt's new electorate: Secular and Islamist. Obama had a clear and easy choice of what outcome was in America's best interest, but he dithered letting the cards fall where they would and the result was inevitable: Islamic takeover of 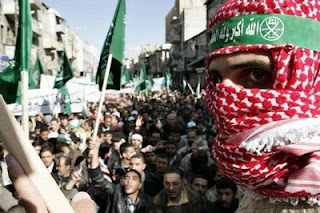 mighty Egypt, which may even be completed today after the announcement of presidential election results, but certainly within months. From that disaster we'll see a worsening of relations with Israel as the Islamist's seek out excuses to end the peace with Israel, almost certainly re-militarizing The Sinai, and placing the Southern border of Israel on a war footing for the first time since 1987. Egypt will ally with the other Islamist enemies of both the little Satan (Israel) and the Great Satan (The USA), drawing close with Iran, offering safe haven to Islamic terror groups, and supporting Hamas's efforts to import weapons to kill Israelis.

Obama could and should have foreseen this. I don't have his resources or intelligence information, but looking back over my own tweets, I saw it coming as did thousands of others, if I knew this was going to happen then Obama surely knew. He should have understood that the interests America's strategic safety and indeed the potential for a peaceful future in the Middle East, were going to suffer a toxic blow if Islamists took power in Egypt. He had no reason to 'let the cards fall', when one side in the Egyptian elections were the sworn enemies of The US, but he did nothing. Future presidents will rue his instinctive "don't interfere" policy, which is at the core of his inability to protect American interests and recognize opportunity.

In Syria we have seen a truly evil dictatorship reach new lows of brutality, slaughtering entire cities and plunging Syria to the brink of civil war. When the UN's emasculation made it impossible for them to act, Obama had the chance to lead the world in effecting positive change in Syria, supporting a peoples opposition. Today that opportunity is gone, for when support didn't come from The West, desperate rebel leaders turned to America's enemies for arms. There is a wide belief that Islamist groups and even AlQayida itself are now operating in Syria allied if not in control of the rebels, but true or not, the rebels leaders are unlikely to look to the US and the West with any affection after they succeed in taking the country, which will almost certainly happen soon. Like in Egypt, a post Assad Syria will likely join the other newly minted Islamist Arab states. Nothing good for Israel or The West can come from this.

Had Obama helped topple Assad, there was a strong possibility of creating a moderate secular Syria, no longer aligned with Iran, no longer destabilizing Lebanon & threatening Israel, no longer a haven to terror groups such as Hezbollah. Sadly that moment is passed and the Syria that emerges from this bloodbath is likely to be as opposed to The US and Israel as Assad was, more aggressive toward Israel as the new (probably Islamist) government of this fractured country looks for a nationalistic cause to motivate the people. What better than attacking the hated Zionists?

The Arab Spring once had the potential for creating a slew of moderate Arab states, opposing the march of Islamist extremism. That had to be the goal of the US administration, but instead it has become the victory that Islamists have dreamed about, creating the potential for war, hate and oppression. Pres. Obama's legacy could well be the 21st century equivalent of Neville Chamberlain, the man who had the opportunity to stop Hitler prior to WW2. Instead he relied on appeasement, and fine rhetoric, or in other words, he did nothing.

President Obama famously said "Yes we can", but he perhaps we'd have been better off had he declared "Yes we will!".
Posted by Adam The Israel Radio Guy: Israel's Anglo Broadcaster at 12:49 PM