The Questions Nobody Asks of Arab World or Human Rights Activists...

Here's a question nobody asks of those spewing BDS hate accusations of rhetoric of apartheid, genocide & occupation: 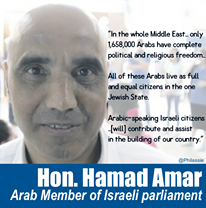 How is that in the evil genocidal Zionist regime of Israel, Israeli Arabs are full citizens of a democracy - the sole democracy in the Middle East? These Israeli Arab citizens grandparents chose not to heed the call of their Arab leaders in 1948 to leave the area' temporarily' - today their children and grandchildren are the 1.6 million Israeli Arab population which stand alone out of 330,000,000 Arabs across the Middle East with rights that the Arab Spring sadly failed to grant anyone else. 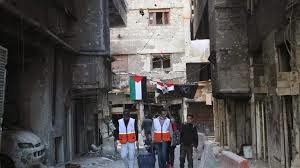 Meanwhile while Israeli Arabs flourish within Israel society (despite some obvious inequalities both geographic and cultural), their Palestinian cousins live in squalid refugee camps in every Arab state, absurdly & disgracefully denied citizenship of the countries their parents & grandparents were born in. In some places such as Lebanon they are denied higher education - in fact it is illegal for them to even hold or
be trained for 'professional posts'! 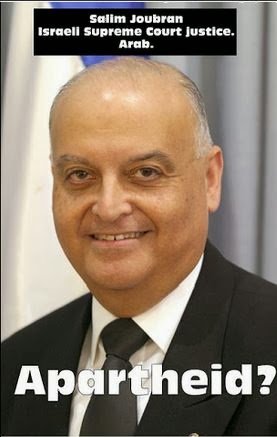 When you hear words like apartheid & genocide thrown at Israel, look how the Arab world treats Palestinians & look how Israel treats its Arab citizens. Ask yourself honestly where the racism and apartheid really is manifest in the Middle East. Then ask yourself how, when this is so damnably obvious, the international media doesn't report this ongoing crime against humanity! How are highly educated college professors ignorant and silent on the Arab world's treatment of Palestinians (while they feel able to accuse Israel of apartheid & genocide against all facts or logic)? How are those "human rights" activists who are prepared to sail to Gaza out of love for Palestinians, totally silent in the face of dozens of states abuse of the same people?

Israel shouldn't need to defend against absurd accusations of genocide and racism, especially coming from the very Arab states who have committed those very crimes against Palestinians for the past 70 years. Israel's actions toward its 20% minority population as compared to theirs against their own Palestinians, speaks louder than any words.

Posted by Adam The Israel Radio Guy: Israel's Anglo Broadcaster at 11:44 AM