Its been a bad week for BDS campaigners - already suffering from having their motives questioned even by left wing Peace campaigners and genuine pro-Palestinians, because they exclusively advocate boycotting all things Israeli, defying logic and reason, while 100,000 have been slaughtered in Syria, and 330,000,000 arabs live with limited democratic rights, they see democratic Israel as the evil state of the Mid East, if not the world.  So in defiance of the BDS calls for boycott, yesterd ay my wife and I - and 29,700 others - went to "Teddy Stadium", Jerusalem's newly enlarged sports arena (which now sits 34,000) for the final of the Euro U21 football (soccer) tournament which has been played in Israel this month. The demographic of the crowd would cause BDS haters to lose bladder control -  I sat on a row filled with american visitors (none of whom understood the offside rule!), in front of a group of  Jewish Israeli 12 and

13 year old kids-  whose parents had no concerns about them coming to the game unsupervised - and behind a group of Palestinian youth, who on hearing my english accent , spent several minutes debating Manchester United's future with me, in Hebrew & English. This pretty much reflects the makeup of the crowd at this match and throughout this superb tournament and quite frankly, is pretty much a  microcosm of life in Jerusalem

If this wasn't enough to have BDS bigots & fanatics reaching for the adult diapers, we had Formula 1 cars racing through the streets of Jerusalem last week, with crowds of Israelis and Arabs standing shoulder to shoulder, each making way for the others kids to squeeze through to enjoy the spectacle. 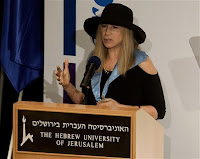 Last night in Jerusalem - in celebration of Israel's 89 year old President - Barbra Streisand has finally come to the Jewish state, while America's former President, Bill Clinton & daughter Chelsea (+ Jewish husband)  were spotted praying at the Western Wall - one can feel BDS fanatics  worldwide chomping on their antacids - add to that the savaging in the press by the pop duo the Pet Shop Boys & Alicia Keys dismissal of their rantings - and one can imagine hospitals around the world prepping for an influx of hypertensive, incontinent Israel hating fanatics!

All this activity has brought the world press to Israel, and not the usual jaded Middle East journos, but rather a broad range of sports and entertainments writers - you can see the result of this in a rash of stories about day to day Israeli life and recent achievements they've spotted in their free time. This is the last thing BDS crusaders want - they peddle in lies - they lie about their real objective, they lie about the situation on the ground in Israel and they lie about Israel & Palestinian history. Press stories exposing what life is really like in israel is a disaster for them - they don't want people knowing more, they want them knowing less, allowing BDS hate to fill that void of ignorance with their lies.

They lie about "apartheid" - and mixed arab Jewish events in Israel demonstrate that clearly; they lie about 'peace' being their objective - it isn't - destruction of Israel is their objective, whilst two state solution ideas cause them to vomit - indeed we have seen in the past that BDS supporters go out of their way to undermine palestinian leaders who move toward negotiations - for example  writing in the Guardian, Clayton Swisher, head of Al Jazeera’s Transparency Unit & BDS supporter,  referred to the then advanced state of negotiations as “a peace process run amok.” !! A peace agreement with Israel would not only mean a future for the Palestinians, but also for Israel - they don't want any  future for "the illegal Zionist entity" and they have no problem with lengthening the Palestinian suffering across the Middle East that they pretend to be motivated by.

So lets make it clear - BDS fanatics are NOT pro-Palestinian, they're ANTI-Israel - they know that talking about apartheid, gender cleansing and any other slur they can find is at best an extreme exaggeration and at worst a downright blatant lie, but they don't care - talking about the real issues and problems creates conversation and ideas, which in turn can lead to negotiations. 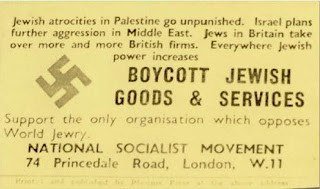 Before I end this on a positive note, let's not forget the hypocrisy of BDS - they call on you to boycott all things Israeli from fruit to orchestras, sports to science, but do their leaders boycott Israel, avoiding its contributions to the world the way a vegan avoids animal products? BDS hypocrites have made no suggestion of not using Google, despite it's recent our chase of Waze (the Zionist GPS!), I've never heard any suggestion that BDS urges people not to use disk-on-keys (Zionist technology!) or any other important Israeli invention. They are liars & hypocrites who cause  harm & unemployment to Palestinians and manipulate other well meaning people into doing the same. Their policy isn't new!

So wheres the positive: Its Israel!! BDS are a pathetic failure - Israel an incredible success - its a success in democracy, its a success militarily, its a success economically, its a success culturally. Utopia it is not - there are very real difficult issues, but the BDS haters are not talking about them, so they are not talking about real solutions - if you genuinely want to see life improve for israelis & of course palestinians, then put your ideas out there - but don't be taken in by hatred - no answers lie in hate. In the meantime look at Israel & its contributions that so outweigh its small size and population - what an achievement for Zionism! 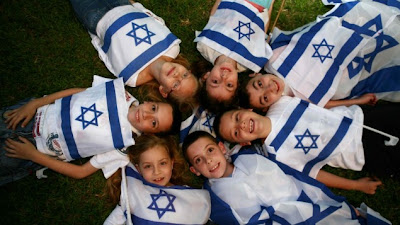